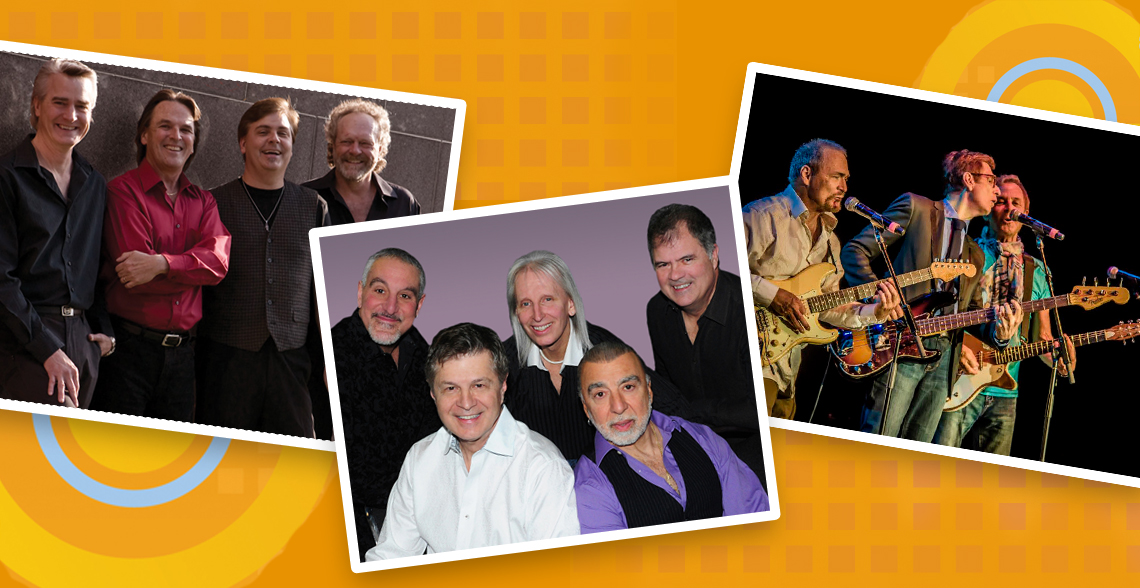 The Grass Roots is an American rock band that charted frequently between 1966 and 1975, selling 20 million records worldwide. Originally created by Lou Adler and songwriting duo P. F. Sloan and Steve Barri, this powerhouse has achieved two gold albums, one gold single, and charted singles a total of 21 times. Currently, band members chosen by Ron Grill are carrying on the legacy of the group with nationwide live performances. Hits include “Let’s Live for Today,” “Midnight Confessions,” and “Sooner or Later.”

The Buckinghams have stayed true to their roots from Chicago’s Holiday Ballroom to America’s living room on The Ed Sullivan Show, across the USA and in the White House. Audiences and critics have affirmed the demand for their music, proving that success is sweeter the second time around. Original founding members Carl Giammarese and Nick Fortuna continue to deliver a powerful replay of their hits and solid gold memories. Hits include “Kind of a Drag,” “Don’t You Care,” and “Mercy, Mercy, Mercy.”

The Box Tops are Memphis style blue-eyed soul featuring founding members Bill Cunningham and Gary Talley. You can feel that gentle southern breeze and smell the smoky barbecue like you’re walking down Beale Street to the beat of their sweet, sensuous, slightly gritty sounds. Hits include “The Letter,” “Neon Rainbow,” and “Cry Like a Baby.”